These are taken looking North. For Exterior shots, Left is West, Right is East. The Largest crack is on the East, and this section has been roped off since September. Since late March, a hole has opened on the West side. For closer shots of the cracks and holes, the shots are taken facing South (with the Church to my back). 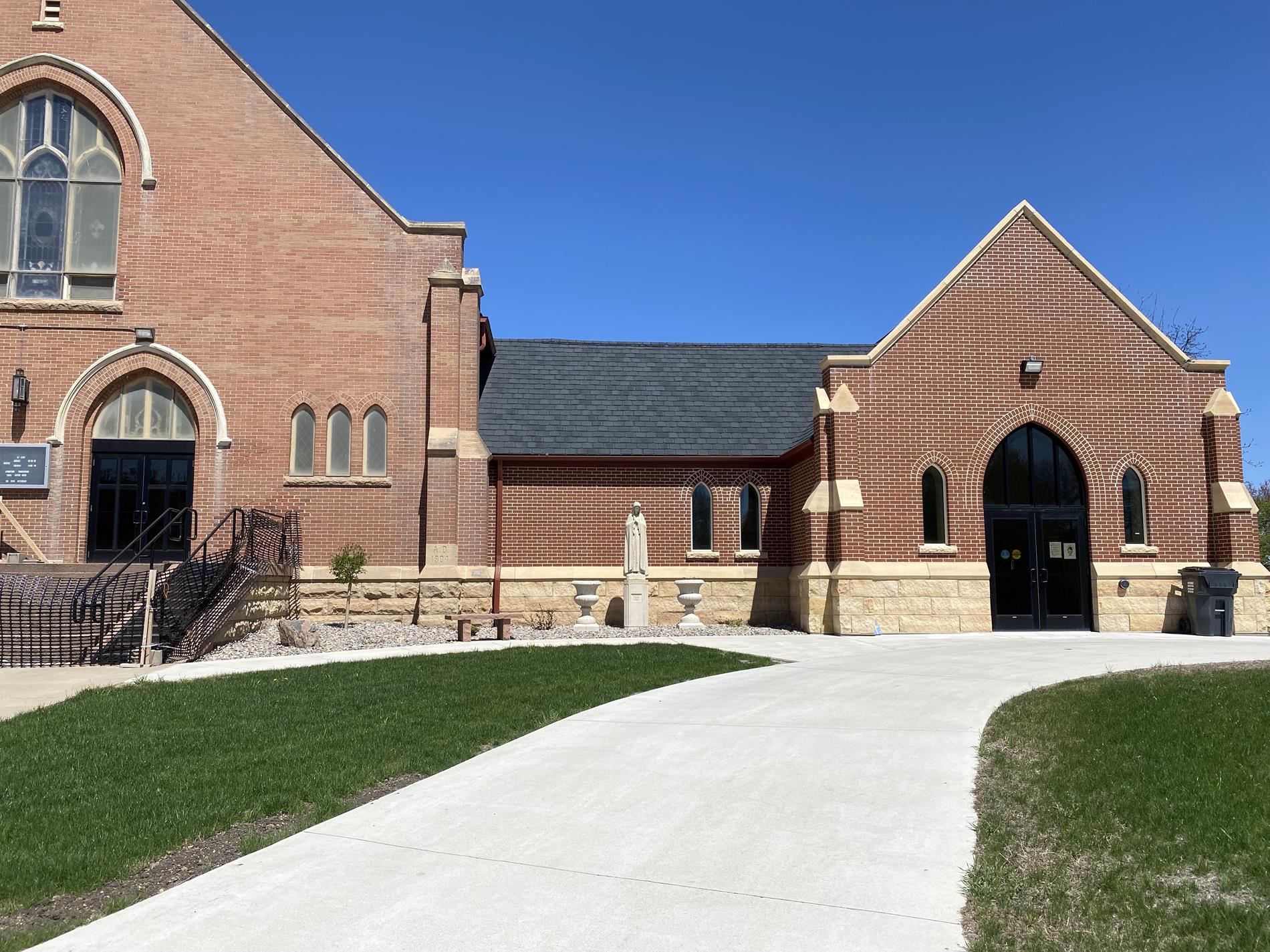 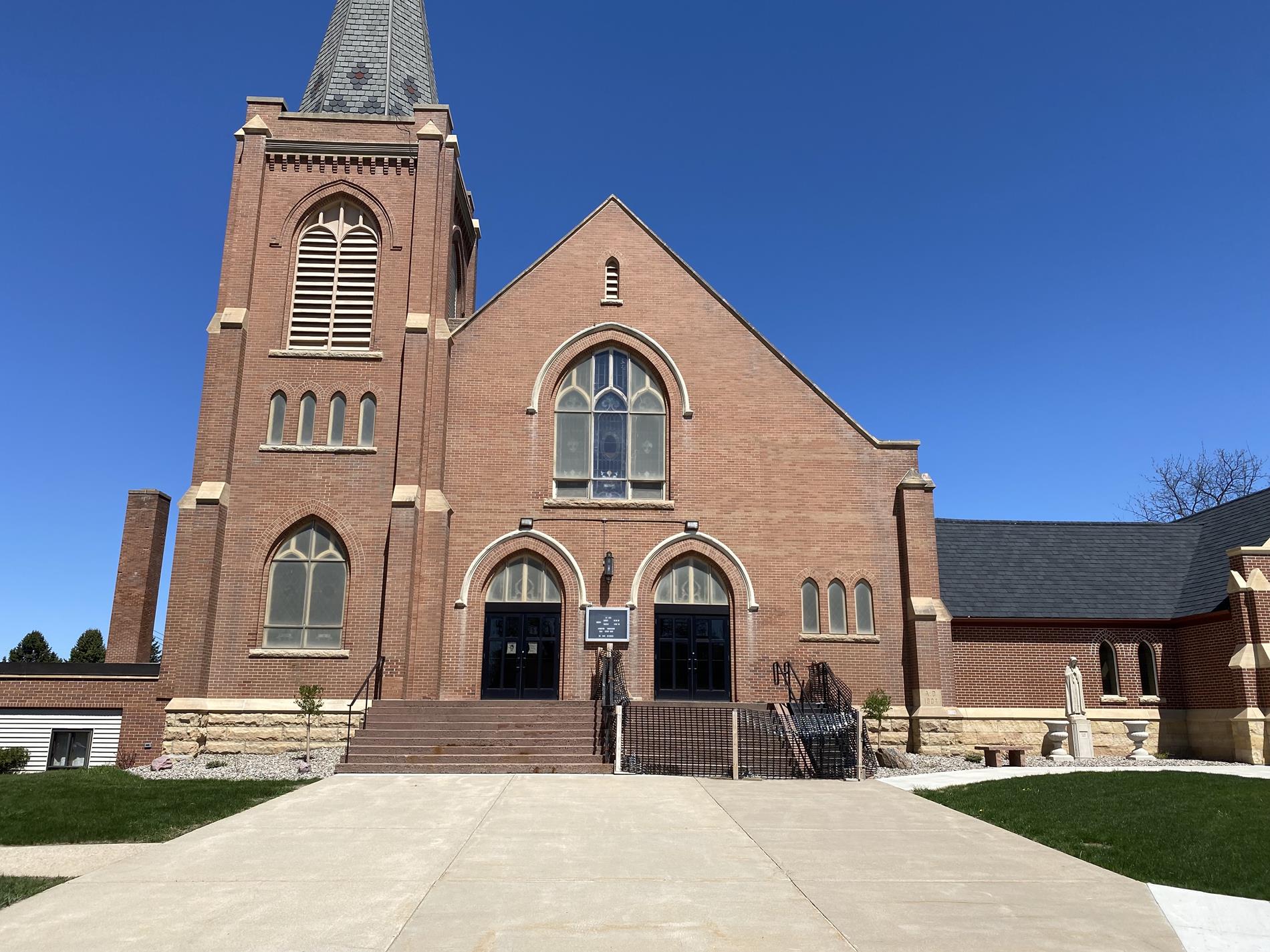 Exterior of the Church of St. Eloi. Note that the bell tower is on the west/left side. A narrow set of stairs goes up to the loft or down to the basement. East of the Chruch is the school addition, now a convent. Technically, it is closed off to the parish because it is the work and living quarters of the Sisters of Mary, Morning Star. 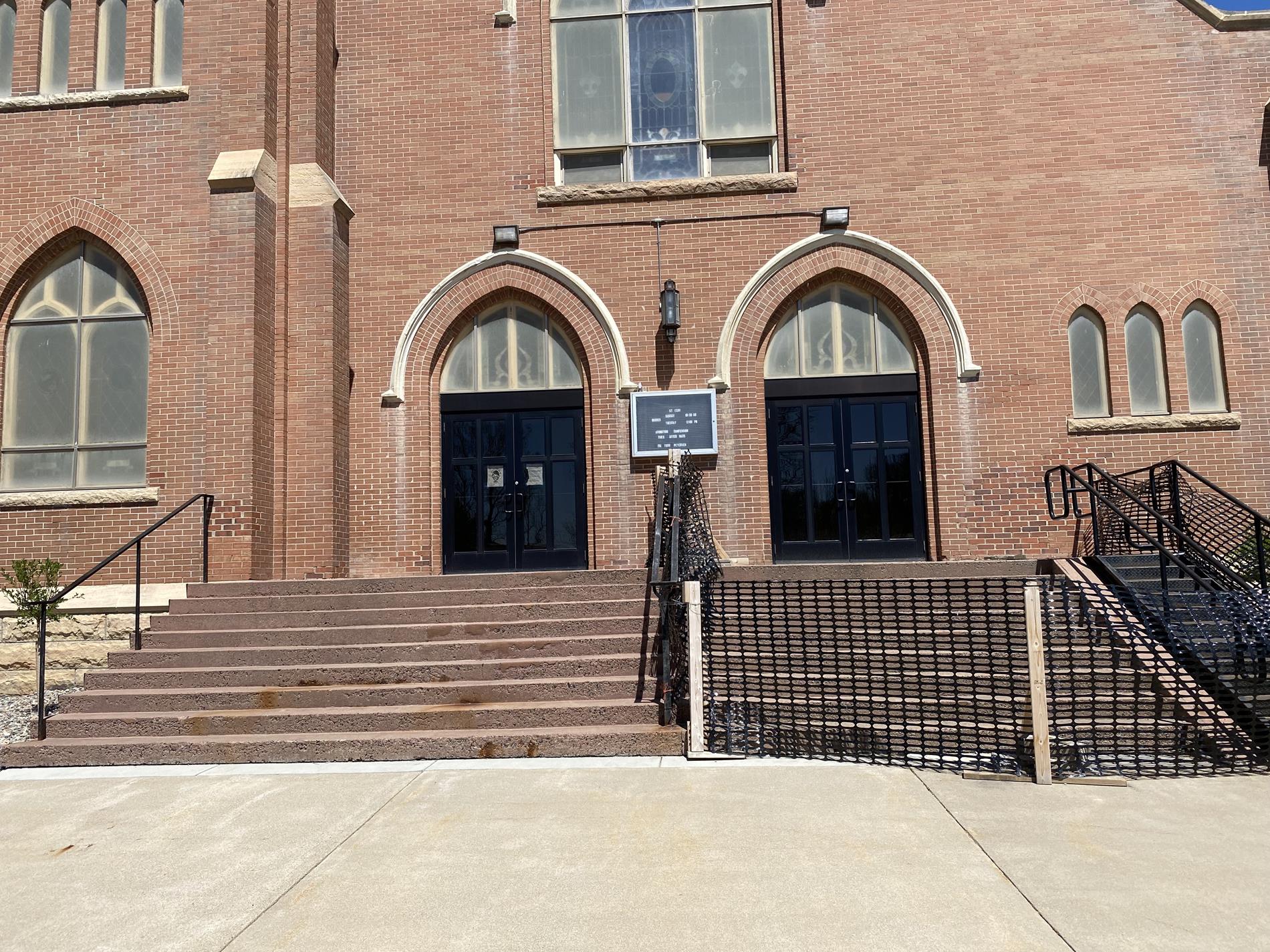 A closer picture of the exterior stairs. We fenced off the East side in September due to a large hole that has gotten larger. 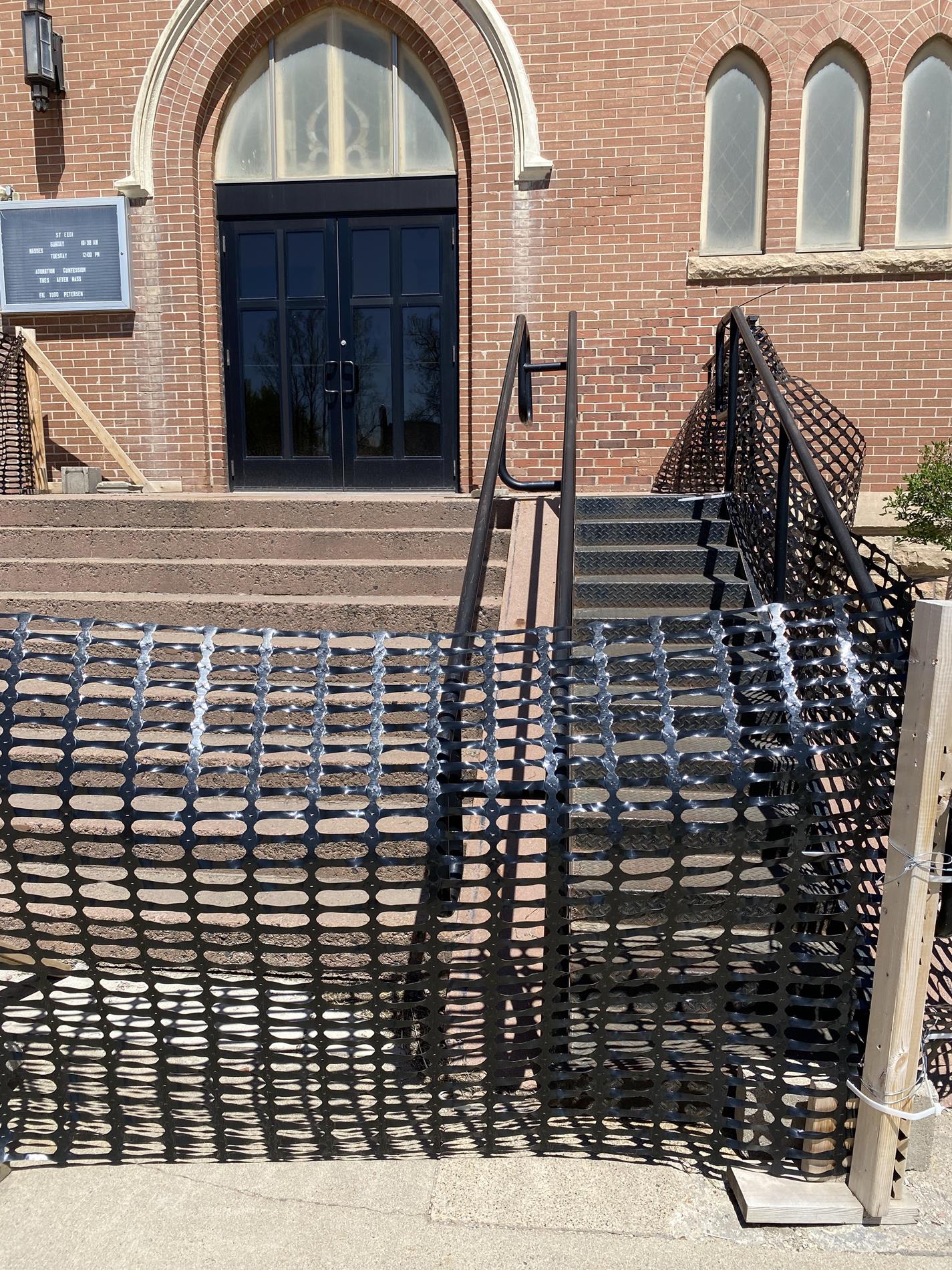 Close up of the fenced East side. Note that the hole is centered even with the railing. 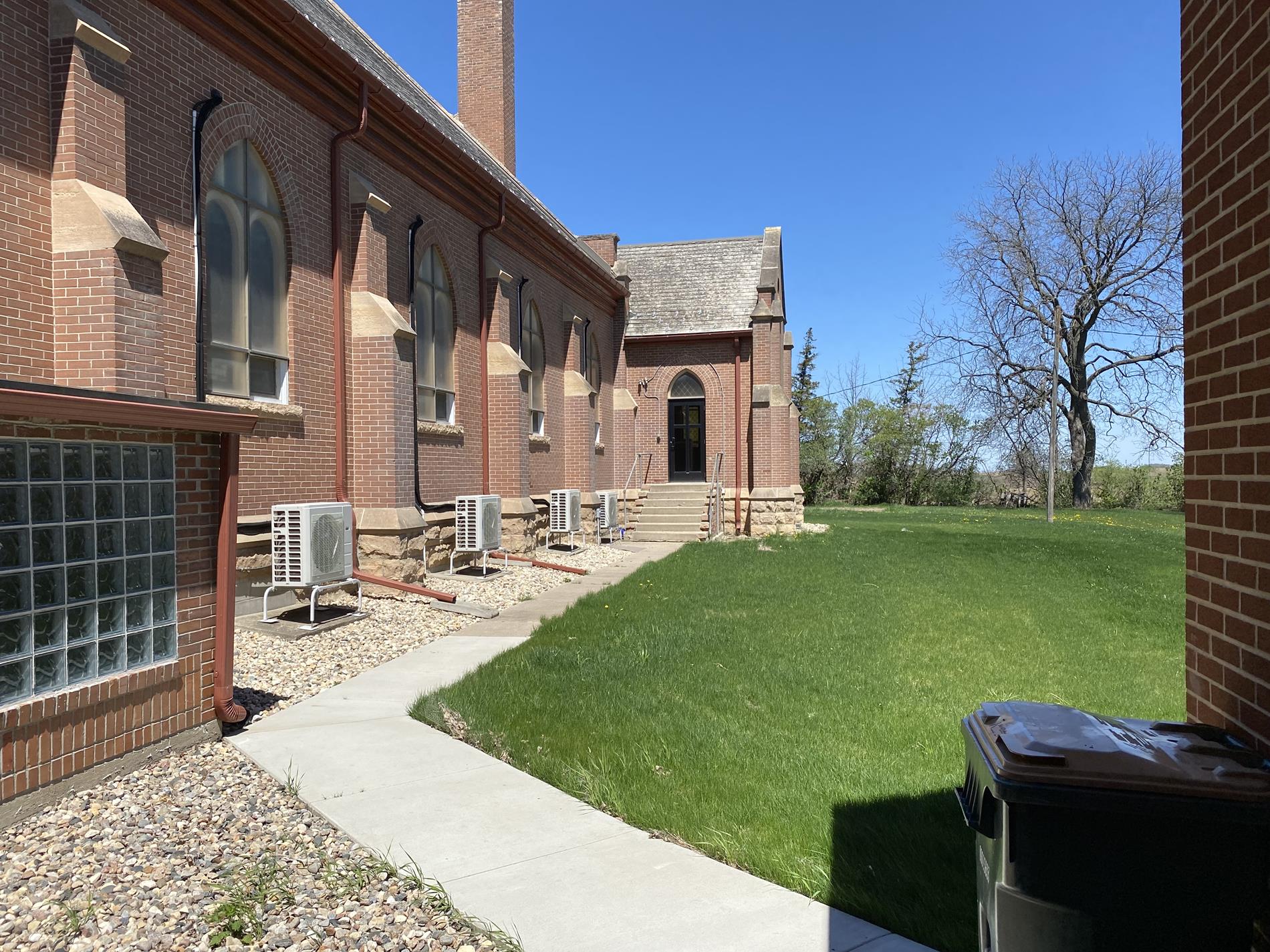 Exterior of the Church from New Addition looking toward the sacristy. This is the only other entrance to the Church beside through the Narthex. 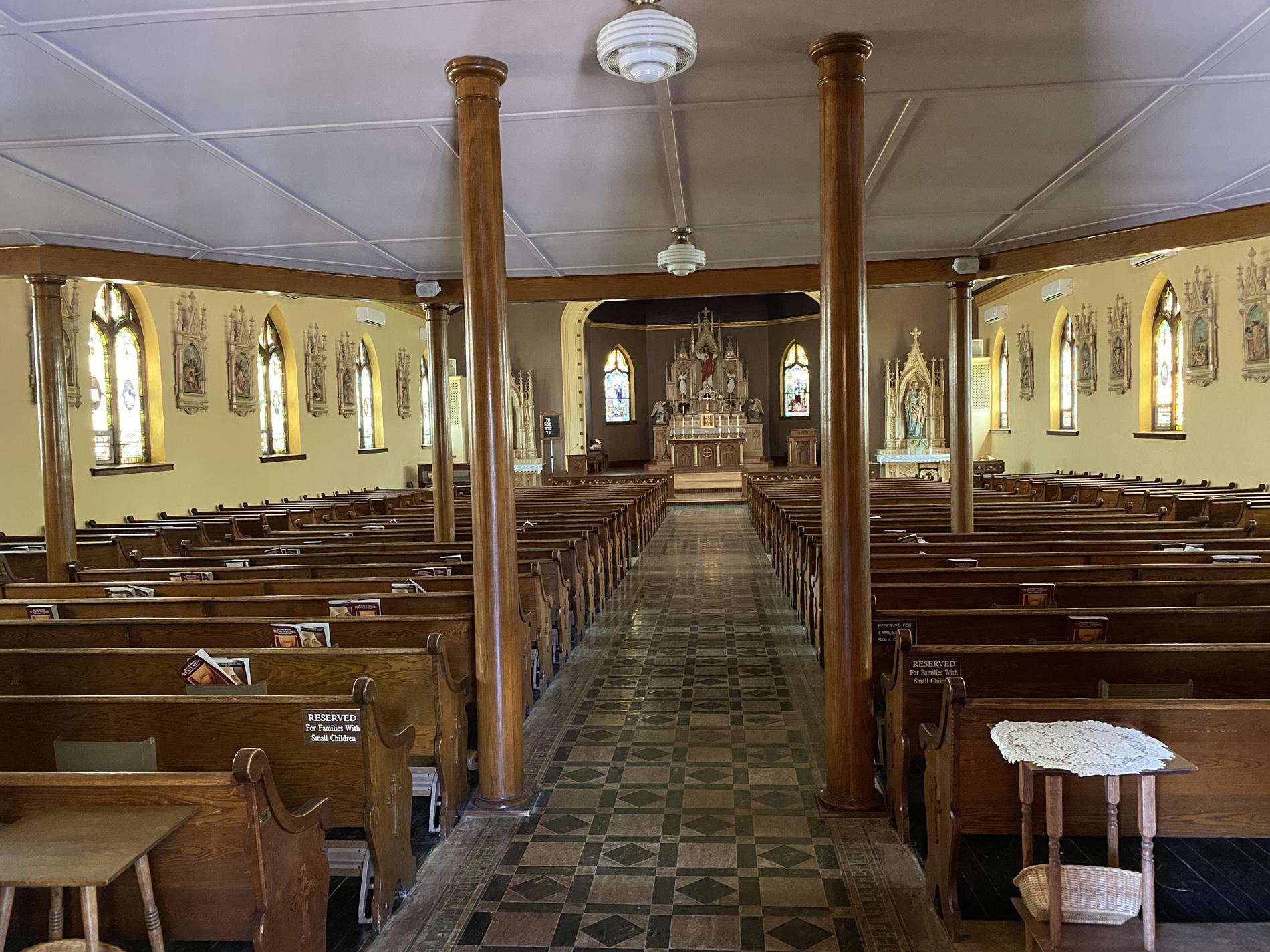 Interior of the Chruch of St. Eloi. The sacristy is to the Right (door is on the Eastern wall of the Sanctuary. 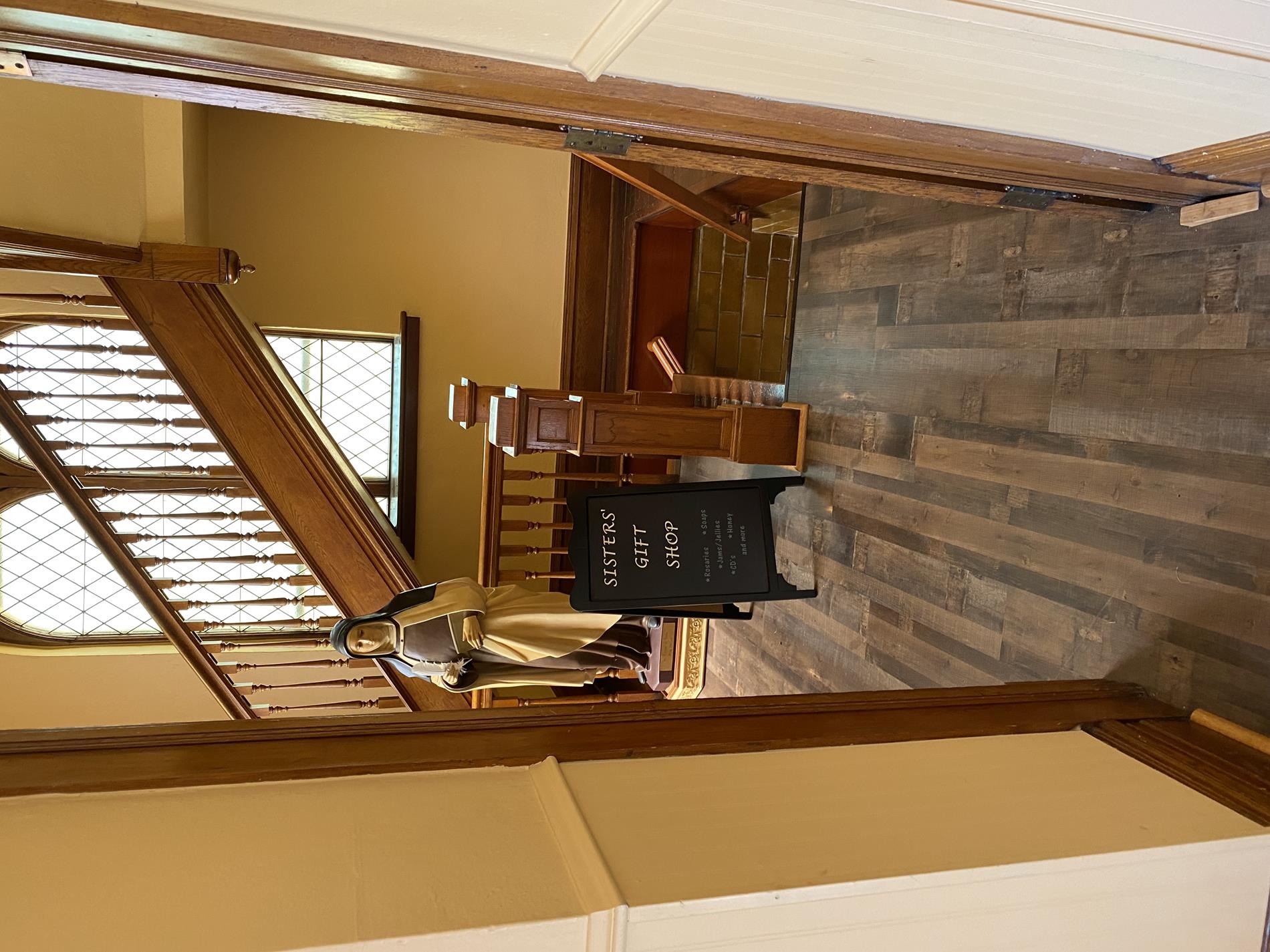 Bell Tower Stair way, These are fairly treacherous and would be worse dangerous in an emergency. 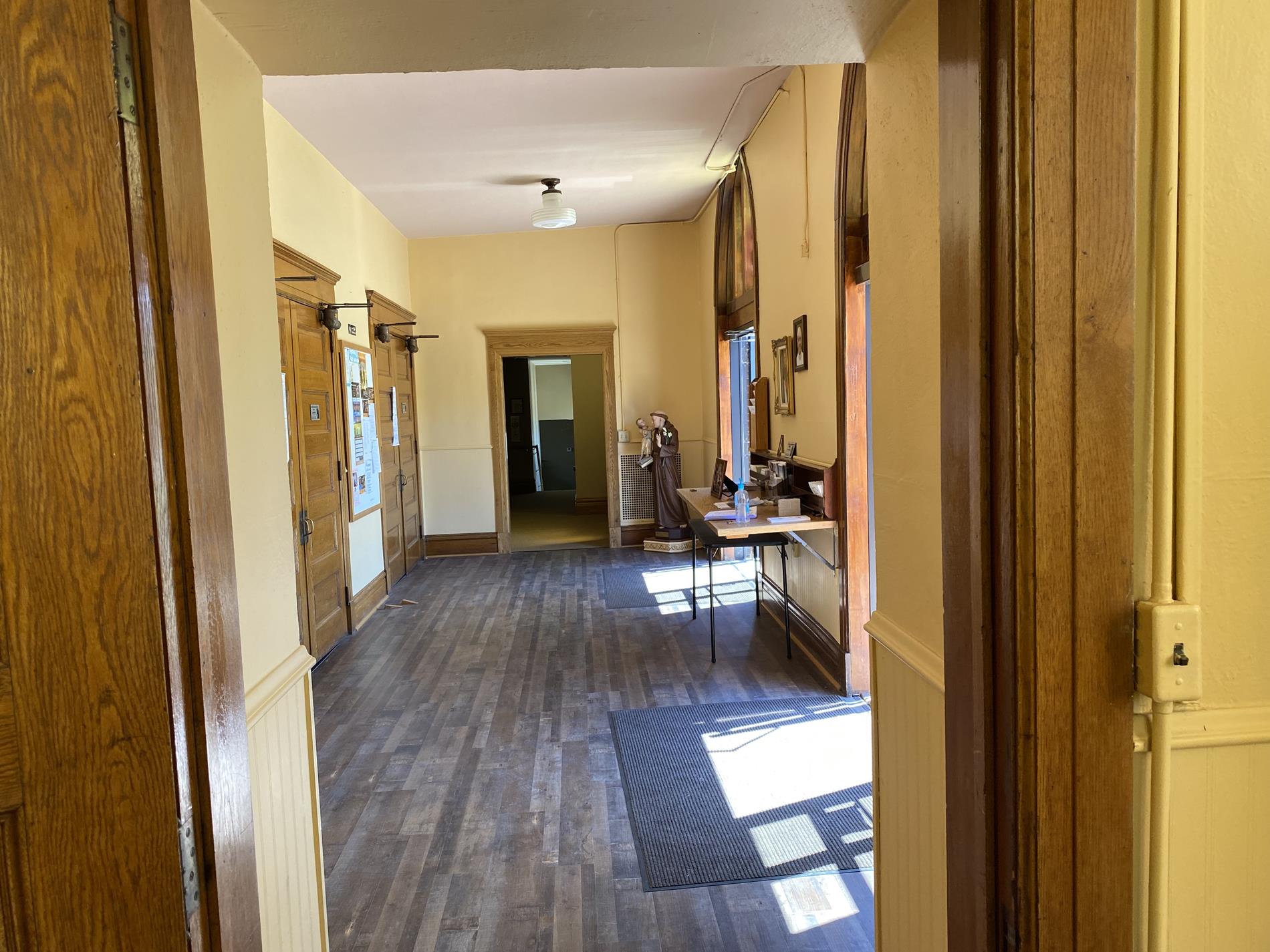 The Narthex from the bell tower looking East. 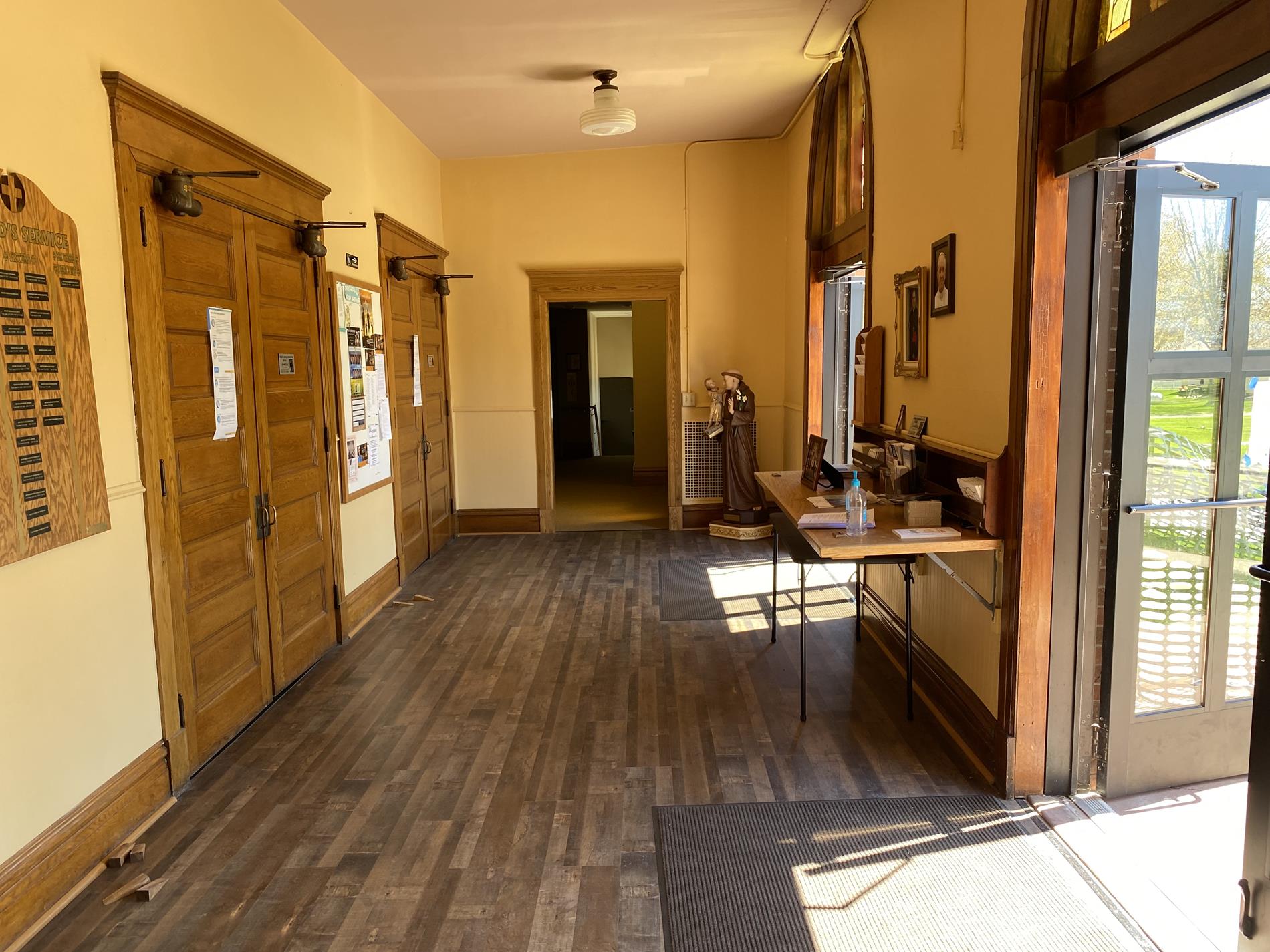 The Narthex. The new elevator is centered in the dark. 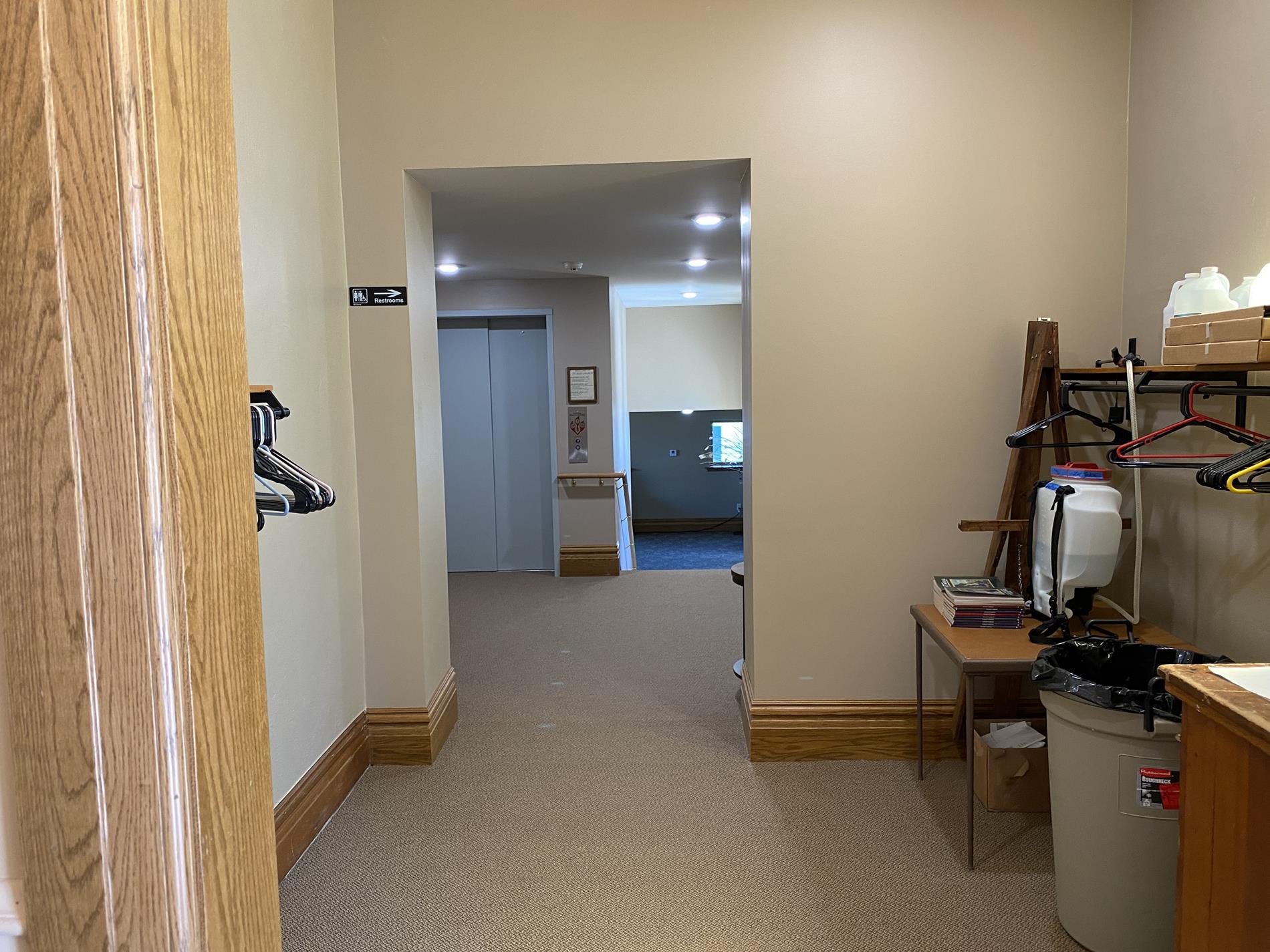 New addition from the narthex door. Note that the hallway is only about 6 feet wide.There are 4 steps down to main level of the new addition. The Elevator goes 3 stages - Basement, Chruch level and new addition in-between the floors. Note that the Basement is accessible by stairs on the west (Bell Tower) and east in the new addition, and the North into a storage area and out the back of the church. 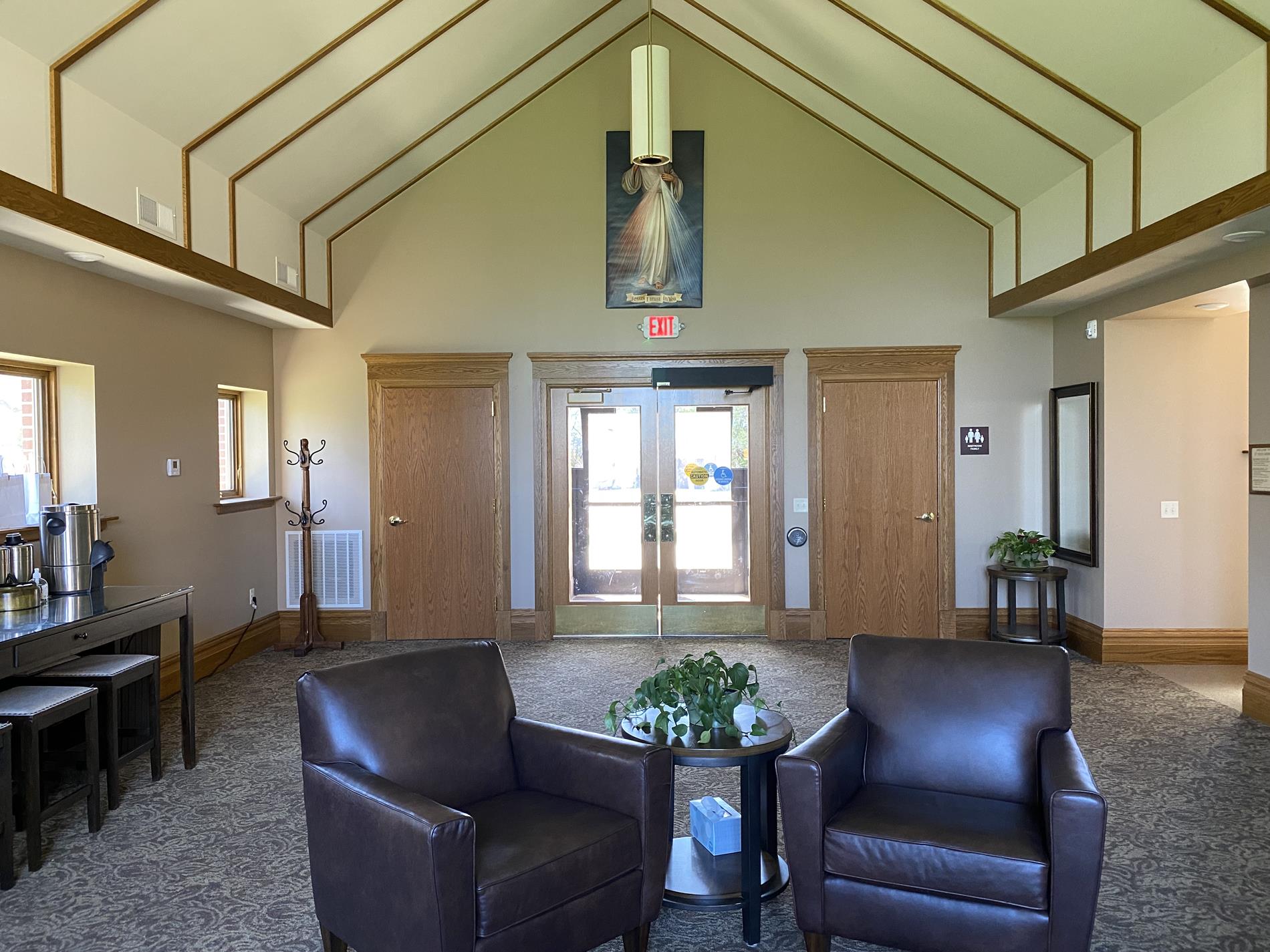 New Addition looking South. Eleveator is out of picture on the right side. 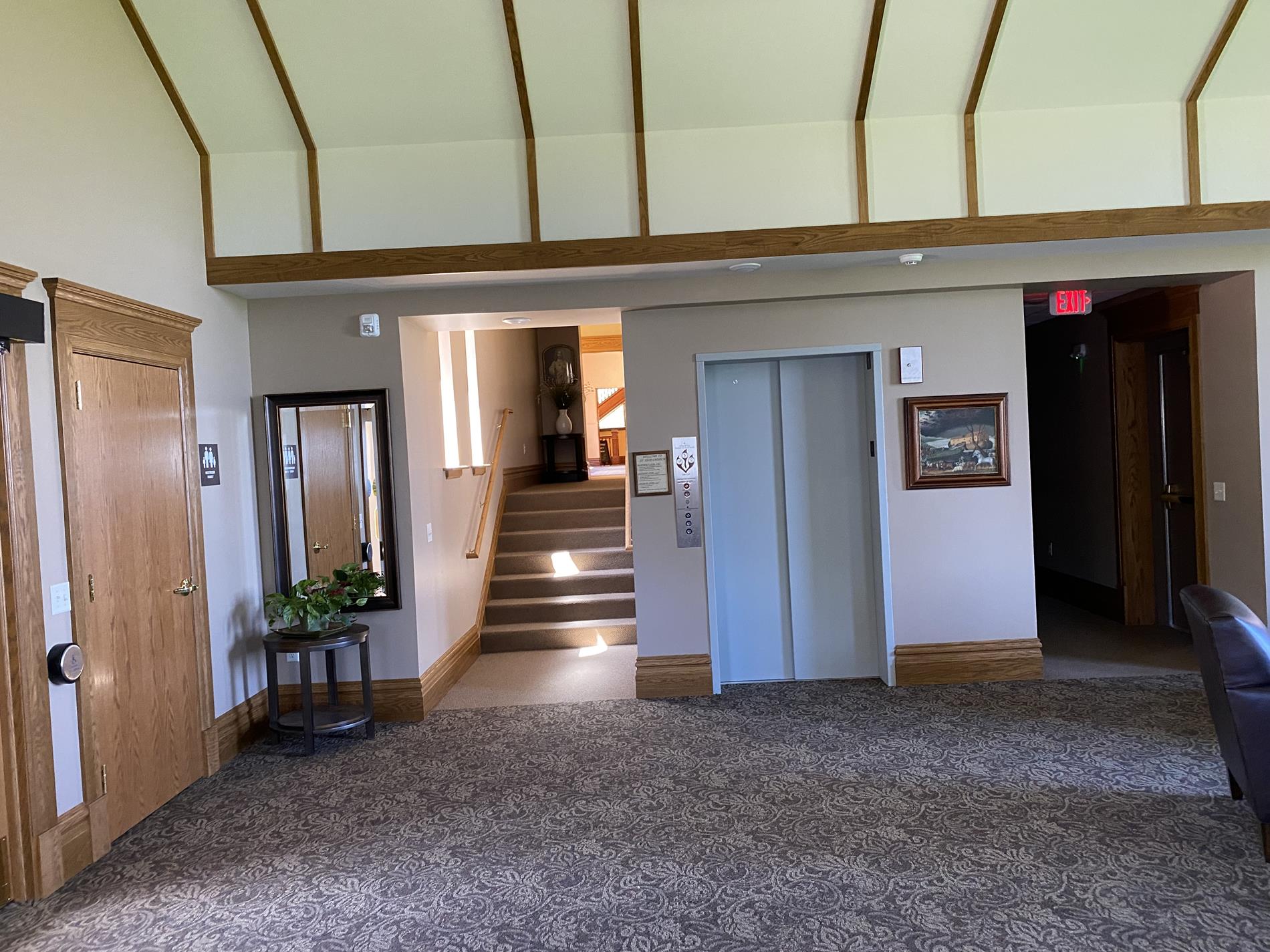 From the New Addition looking West toward the Narthex. 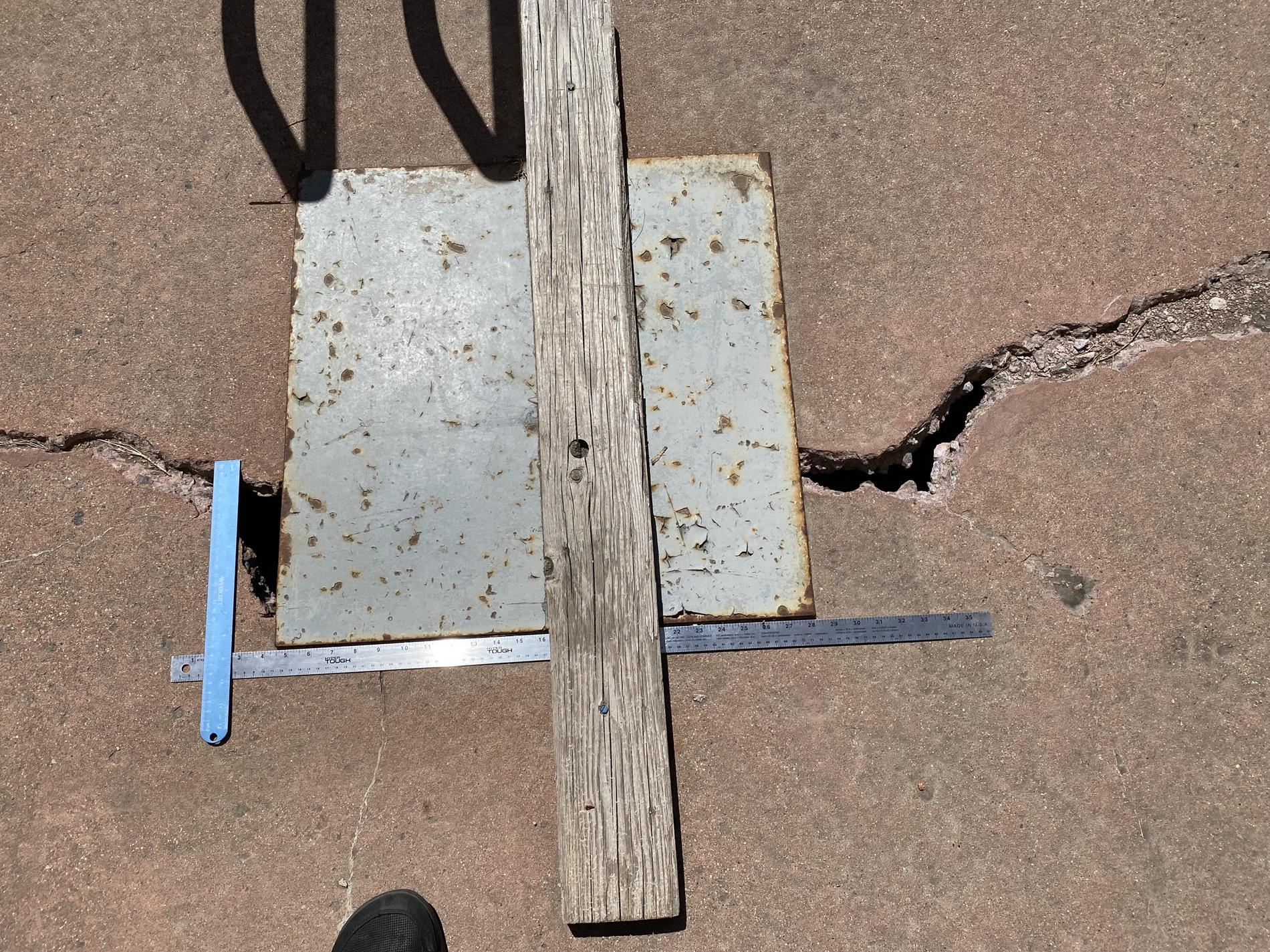 Note that the rest of the pictures are of the steps facing south (avoiding noon shadows).

This is the original Crack. This was covered a few years ago and neglected. The bottom ruler is a yard stick, so the hole is about 40 inches long. The other ruler is a foot, and the visible hole (not knowing what is covered by the metal plate) is about 7 inches wide. I attempted to measure the drop from the hole with the yard stick, but did not touch bottom. It must be about 4 feet void underneath these steps. Whether it was designed to be empty or note is questioned, but there is no fill currently. 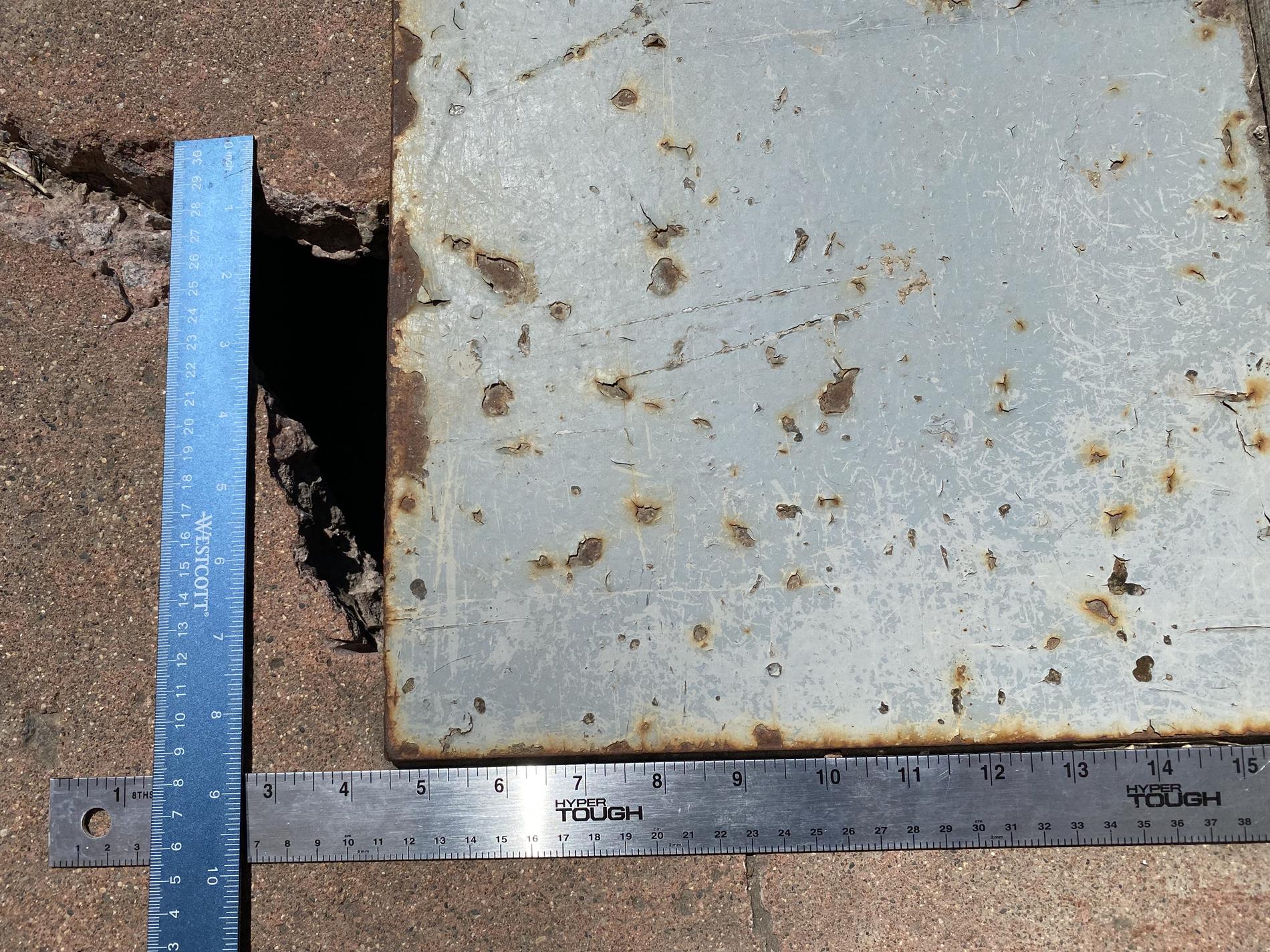 Close up of the crack on the east side. 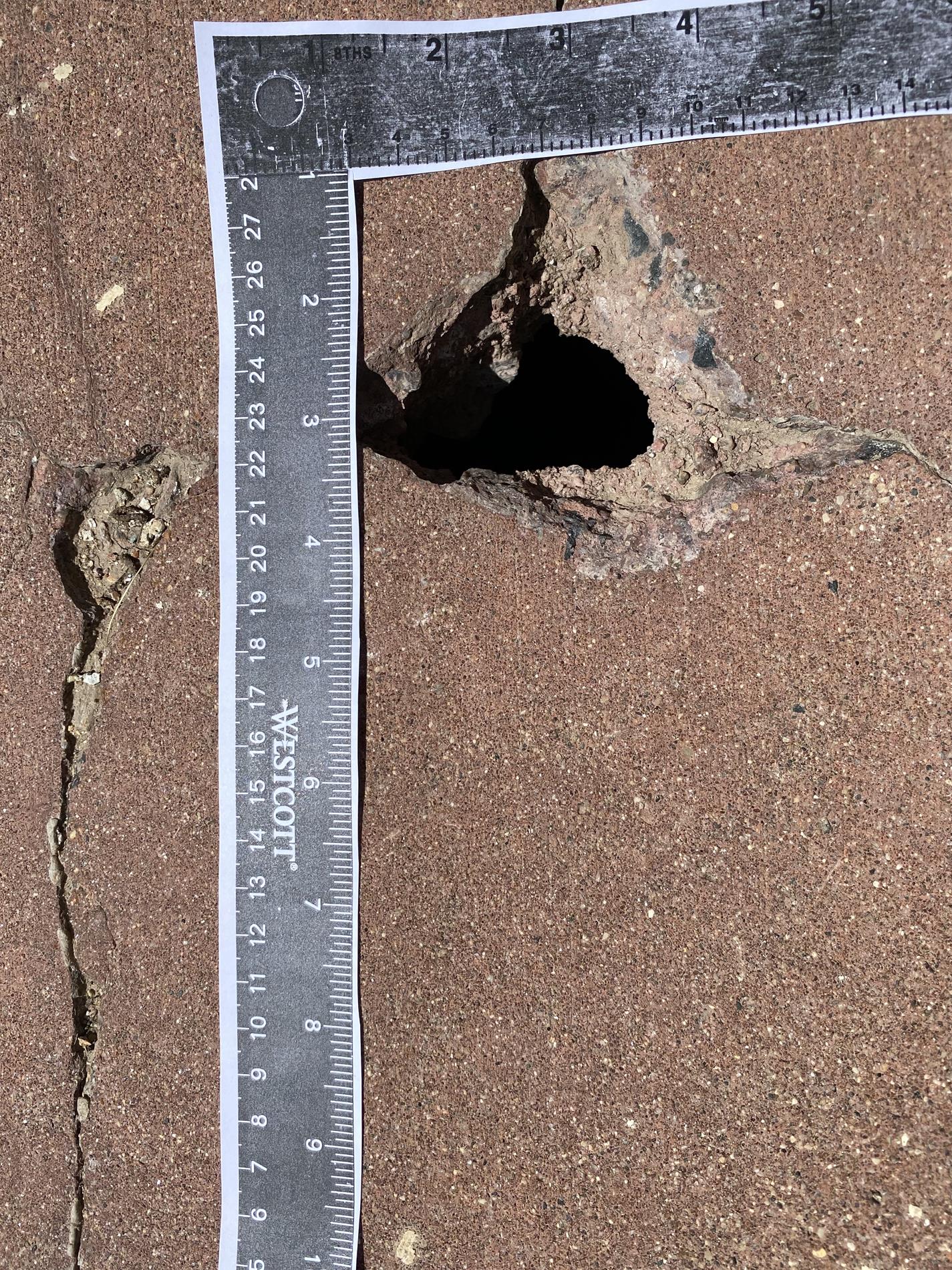 This is a new hole that opened in March. It is about 1.5 by 3 inches. It seems to grow with each rain. 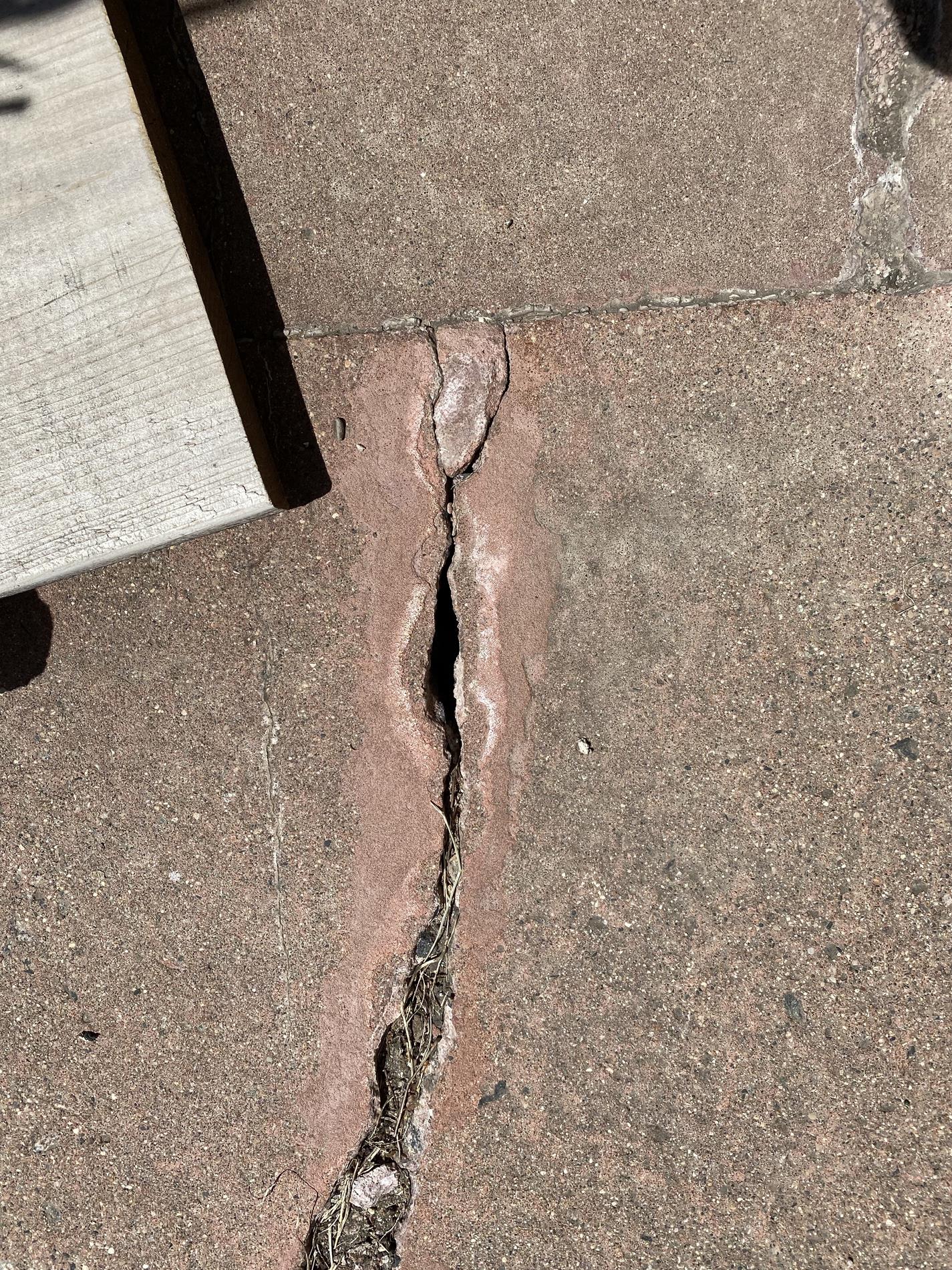 This is part of the crack that is toward the middle of the stairs. There is a hole forming here, too, with a good half inch already gone, 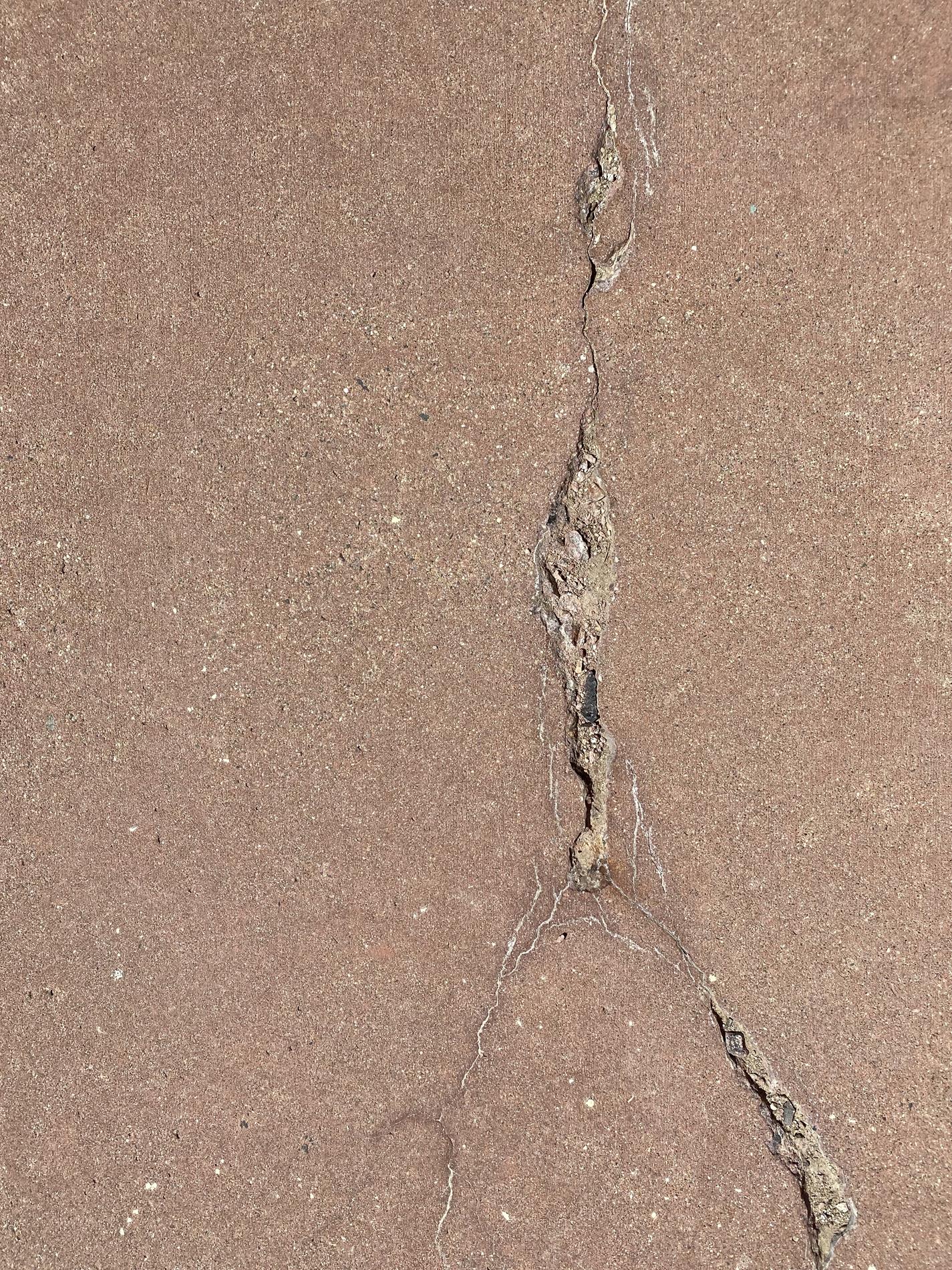 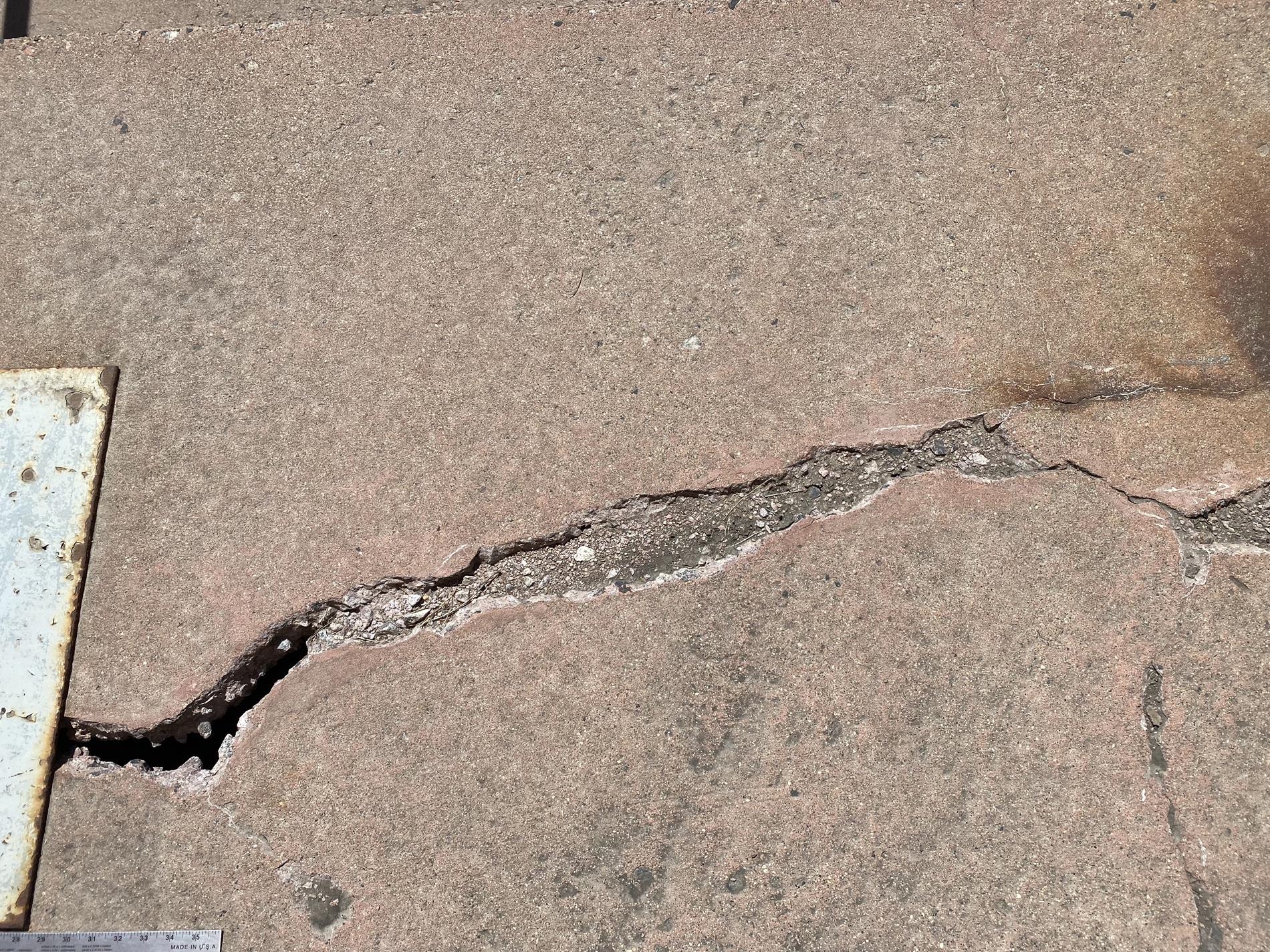 This is west of the East side hole. The Metal sheet is on the left. The following picture is a close-up that is to the left of the hole as it turns up. 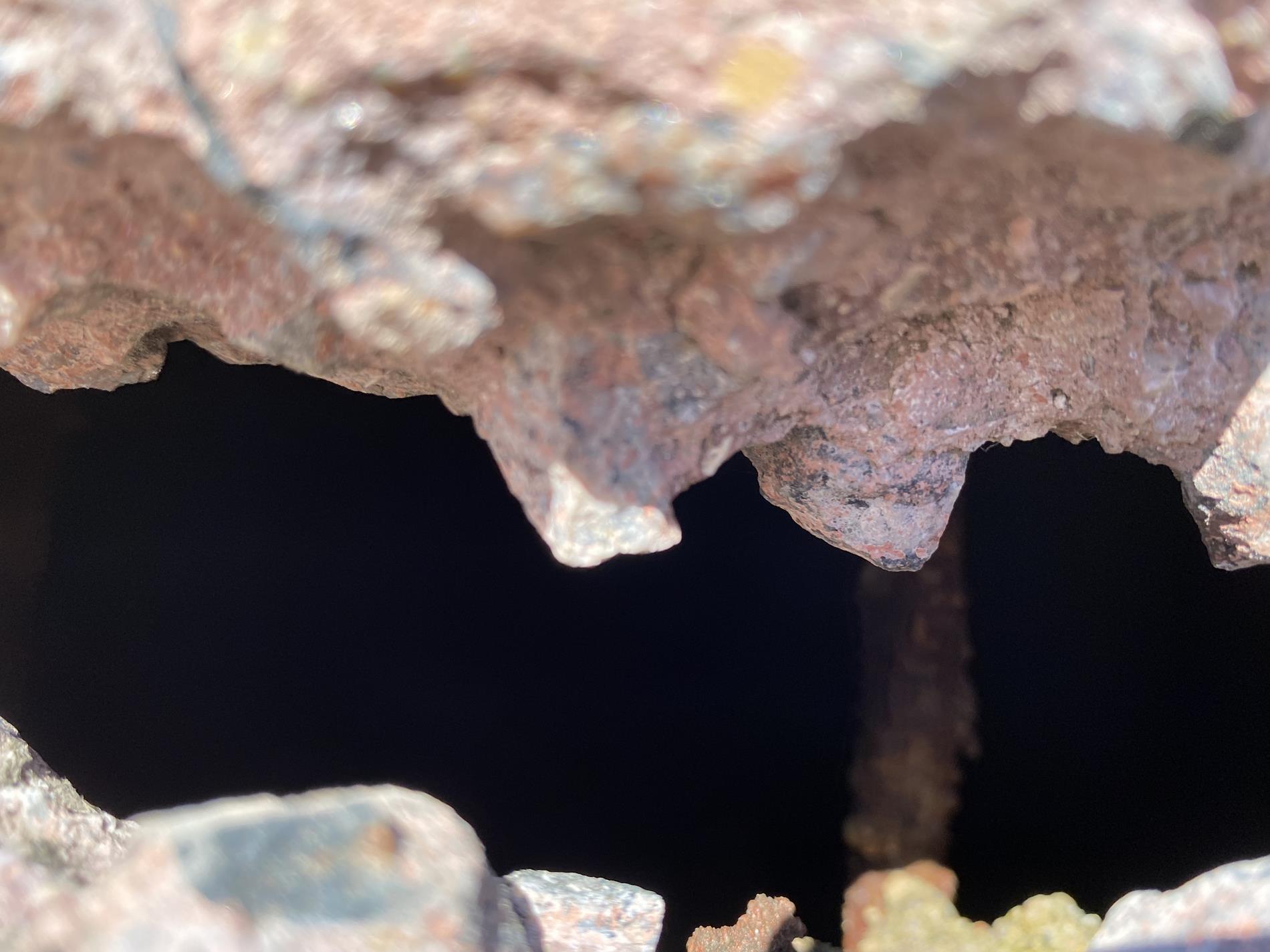 This is an attempted close-up of the crack on the East side. The grayish blob on the mid-right is the iron support bars that are severely corroded.