Aug 27, 1884 Articles of Incorporation which established the Church of St. Eloi  as a legal institution in the State of Minnesota
were drawn up by Bishop Ireland.
(St. Eloi the Apostle of Flanders, patron saint of blacksmiths)

1889 two acres of ground purchased for cemetery one mile east of town at $20.00 per acre. Previously people were buried with in church yard limits.

Many improvements, furnishing the church with altars, statues communion rails, stations of the cross. Sanctuary and sacristy were built to enable construction of more pews, and a large gallery.

Cemetery surveyed and laid out in lots, fence constructed and hitching post.

January 1, 1902  A disastrous fire destroyed the church, rectory, small  barn and the priests horse.  (Early church records were lost including some Minneota church records  being stored there at the time).  The recently completed convent school, had  the west wall singed and blackened by the fire. The entire village worked to save the convent.

Water soaked blankets protected the roof, while a ladder and bucket brigade prevented ignition from sparks or live cinders. The entire loss valued at $12,000. (county history records)  The entire property carried an insurance of $1500.00.

September 1902  St. Agnes Convent School was blessed and opened for classes. The first student boarders moved in.
The local public school, district 67, also utilized a sister to teach grades 1-8 in the years 1902-05 and 1908-14.
During the years when they didn’t have a church, Mass was offered at the St. Agnes  Convent Chapel on the second floor during the week.
Mass on Sunday was held at the Town  Hall. (at that time a wooden frame building at the same location as the brick building that is there now.)
Telephone service begins in Ghent

1903 was wet year, a large basement was built at the old church site.

The rainy season, and finally the flood, filled the basement with water. A new location had to be found. After a long period of discussion, it was finally decided to
build the church on the high ground at the north edge of town, donated by Mr and Mrs Camiel DeSutter.

October 1905 The corner stone laid for the new priest house located on the East side of the church. The building cost $4,500 plus another $1,000 for furniture. The parish house warming held March 12, 1906.

Jan 27, 1908 The fourteen Stations of the Cross were blessed and erected in the Church. There were fourteen donors, generous parishioners, Altar Society and Sodalities contributing.

March 29,1912 At the church meeting it was decided to put an ornamental gate  and  fence around the cemetery.

June 1912 At church meeting it was decided and approved to install a heating plant in the parish house at a cost of  $515.
During the summer a new Calvary, including Crucifix, Corpus, and three cement statues (life size) were donated and erected, at the  St. Eloi cemetery.
In October a new gate was built and set up at the cemetery by Boerboom Bros. hardware dealers.

October 2,1913 The board agreed to put a bath tub, sink and plumbing in the priest house. The work done by Edw. Schreiber of Ghent for $275.00

1914 New brick school house was constructed and ready for use, in cooperation with the Sisters of St. Joseph. Oct 14 Arch Bishop Ireland blessed the new school.

1916 Electric lights and fixtures were added to church and parish house $350.
Church was decorated by architect from St. Paul $400. Also old church property was sold.

Jan 26, 1927 Decision was made to enlarge the gallery of the church, for more seating capacity.

1937 December to March of 1938, basement was dug under the church. New foundation walls were constructed. Basement floor cement poured. New heating plant and ventilating system installed costing $27,000 and fully paid by time of completion. Another $8,000 was borrowed to furnish the basement.

1940 The church roof was replaced, windows were releaded and storm glass installed. A new approach and entrance to church was added, front doors replaced, and interior redecorated. At estimated cost of $12,200 of which $10,000 was borrowed at 3%.

July 1956 Leo and Isabelle Hennen donated a parcel of land to build new school and convent.

December 30, 1956 Corner stone laid for new school by the church. Father John Siebenand was pastor at the time.

August 1967 First St. Eloi Board of Education was nominated.

January 1971 Sisters of St. Joseph were leaving after 70 years of dedicated service at St. Eloi parish.

1974  In the church basement work space was enlarged and telephone installed.

2011 Catechesis of the Good Shepherd for youth began..

May 7, 2017 New Altar and pulpit was consecrated by Bishop Levoir of the New Ulm Diocese. 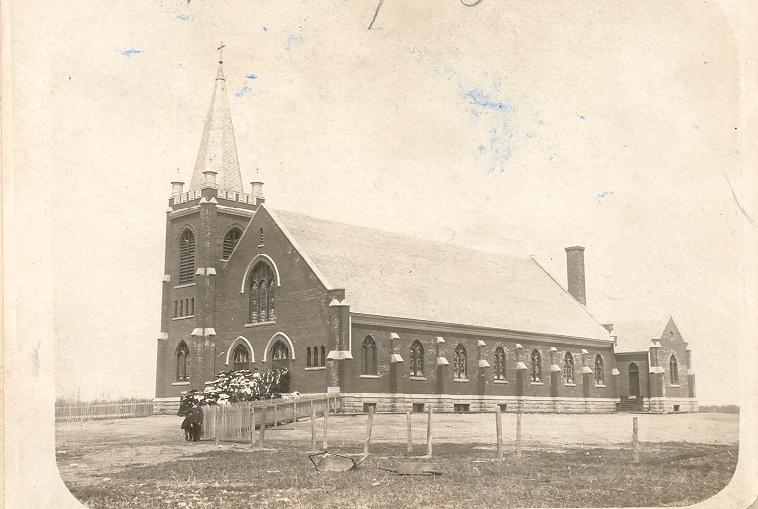 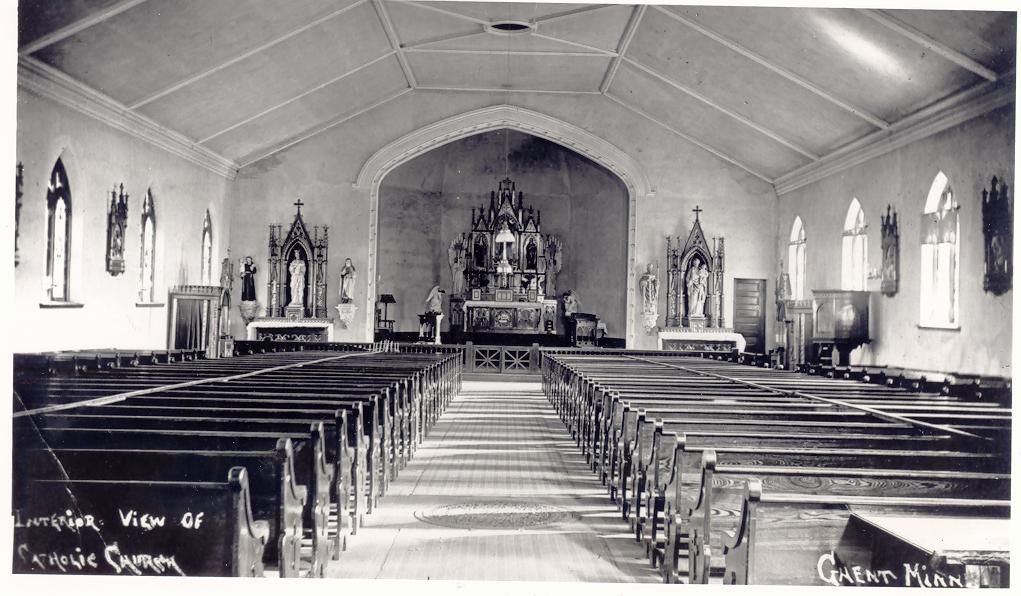 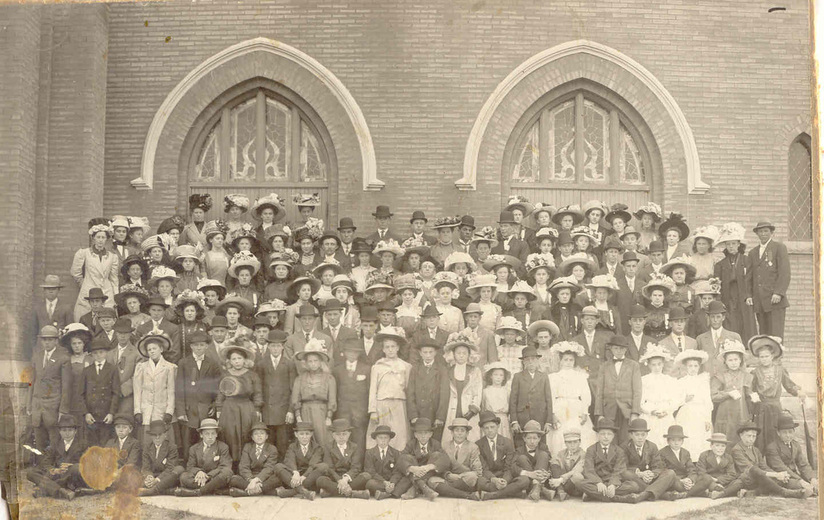